How a holistic approach to culture creates an engaging employee experience

“We chose People Insight for the job because they felt like the right cultural fit for our business. They helped demystify employee experience with all their support and were quick to get started. Pound for pound, this is one of our best supplier relationships!”

Arrow Communications’ values of empowerment, collaboration and ownership have resulted in a strong culture that is enjoyed by employees and investors alike. This culture has had a dramatic impact on metrics including staff retention: with was a 76% reduction in leavers in 2 years. It’s also won them great acclaim – The Employee Engagement Awards prize for Employer Brand.

Arrow’s story is one of continual improvement. Their culture is not driven by a one off programme with an endpoint. It’s an attitude – “the way we do things”.

It’s an approach grounded in real results; upper-quartile employee engagement scores and metrics which reveal the success of ongoing initiatives:

People Insight have helped Arrow measure employee engagement on an ongoing basis since back in 2016. We’ve also helped design and implement a 360 degree feedback programme, with workshops, facilitation and communications interventions to help improve performance further. 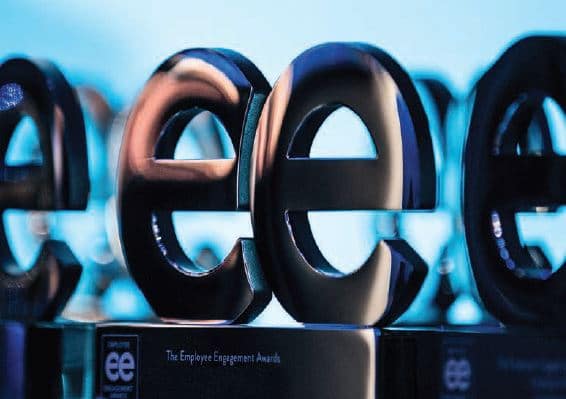 Arrow Communications is one of the UK’s leading independent providers of telephony, data, IT and energy solutions for businesses with an unrivalled reputation of delivering excellent, personal customer service.
Arrow offers a diverse portfolio ranging from hosted telephony and mobiles, through to mobile device management, telephone systems, IT services and voice and data connectivity.

Arrow has had an ambitious acquisitive growth strategy, acquiring 11 businesses to date. Whilst this has meant a dramatic increase in employee numbers it has been challenging to bring acquired employees into the Arrow way of thinking. Chris Russell, CEO, led the management team to develop a new culture programme called #ARROWVISION to address this challenge. 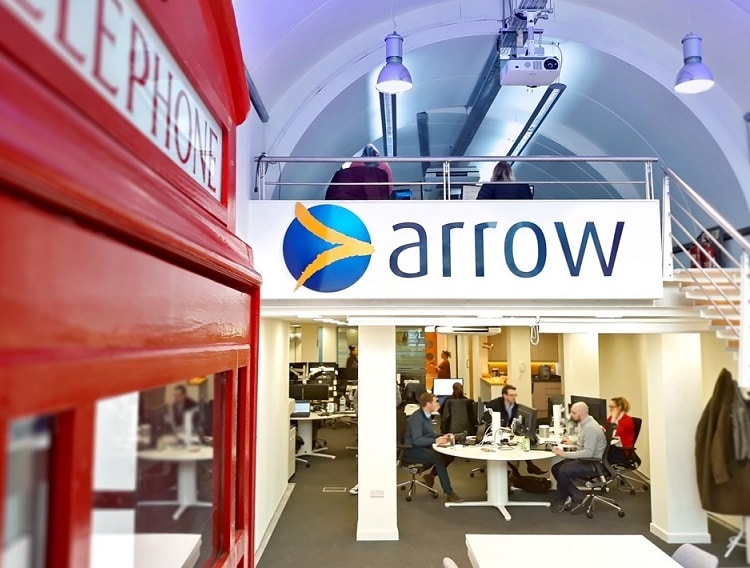 #ARROWVISION was launched as a collaborative exercise with all staff to define how Arrow could be more successful and a better place to work across several aspects of the business: strategic HR, platform, training, structure and money & reward.

The most important aspect of #ARROWVISION was getting everyone involved in not just suggesting, but implementing changes to the business. To date, 81% of 295 ideas that were generated have been actioned.

“We’re thrilled with the pace of change. We’ve had strong uptake and buy-in as people can see the ideas and their implementation are not solely management led.”

The #ARROWVISION programme considers all aspects of the employee experience, to try to appeal to everyone and make it personal to each individual: 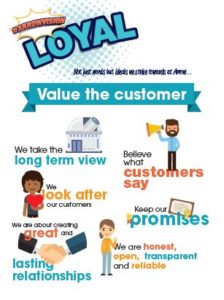 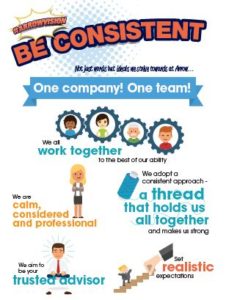 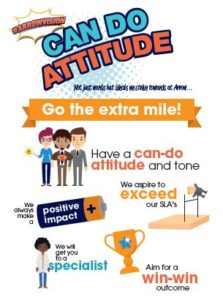 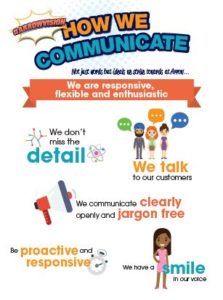 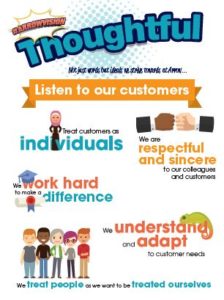 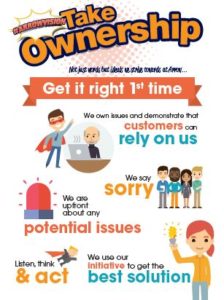 What Arrow & People Insight did together

People Insight was brought in to gauge how well #ARROWVISION was working. Chris said:

“We chose People Insight for the job because they felt like the right cultural fit for our business. They helped demystify employee experience with all their support and were quick to get started. Pound for pound, this is one of our best supplier relationships!”

Arrow used People Insight’s employee survey based on the PEARLTM model to measure all aspects of the employee experience. Uptake was fantastic with a 92% response rate, and the leadership team were blown away with the results – a 90% engagement score (13% points above average).

As with any evaluation, we identified some comparatively lower performing areas of the business. The management team were committed to acting on the feedback, and introduced a number of programmes and changes to address the issues, namely:

Arrow’s training programme had been introduced just weeks before the survey was conducted – so it hadn’t yet affected survey scores.

The year – round programme involves a suite of training modules, workshops and one-to-one coaching sessions giving all staff the training they were hungry for, especially millennials. It was well accepted with 98% of employees attending at least 1 training session, with many attending as many as 6 or 7 sessions. This is all captured in each individual’s online ‘Training Passport.’ 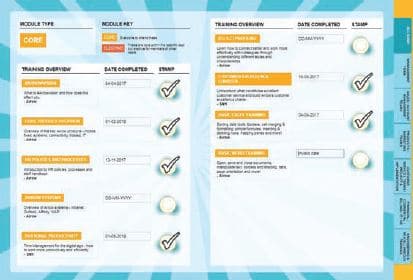 To support managers’ development, Arrow needed an effective feedback system. They wanted to assist their employees through this process, (feeling they needed training and weren’t used to giving feedback), so People Insight’s consultants led initial briefing sessions on 360 feedback to help people understand the benefits – to them individually and to the business.

Perhaps the greatest benefits of the 360 programme came once the surveys were complete and the feedback had been collated.

With their feedback in hand, managers attended People Insight’s growth mind-set based workshops to discuss their feedback and what action they were going to take as a result.

This was a revelation. It helped break down barriers, got managers from across the business communicating and brought them closer together. Most importantly, it built self-awareness, awareness of others, and commitment to changes, with comments such as “I never knew people saw what I did that way!” common place. 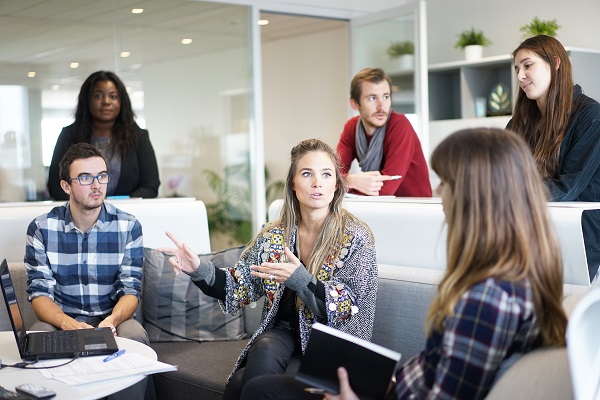 Staff seem more happy and co-operative with each other. The breaking down of “silos” really made a difference.

To help Arrow address their challenges concerning collaboration across the business, People Insight ran a ‘Silo Busting’ workshop with managers from across all sites, to:

The group willingly embraced the challenge, and came up with very actionable solutions – like the setting up of “tiger teams” which involved getting people that do not normally work together and set them a task or project to deliver.

Attendees found it valuable, with 100% of attendees agreeing they understood the issues, and would recommend the session, commenting

“It was very interactive and tailored to Arrow, engaging and made me think.”

The impact was noted in the general comments of the employee survey;

“I have been approached in person more to discuss issues whereas in the past I have received emails.”

“People are making more small talk which breaks down any barriers or nervousness about approaching people.” 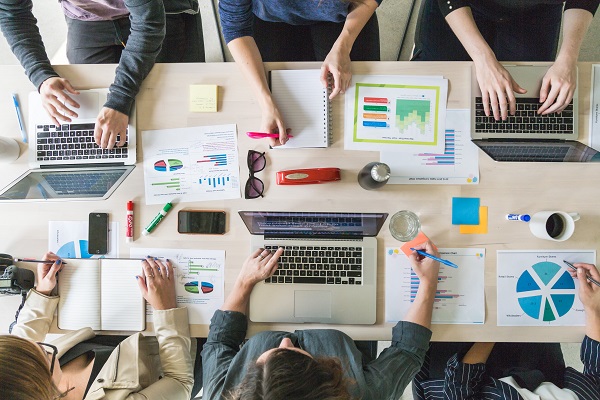 Said Chris, “We simply had to get better at saying thank you.” Since the survey results, the management team has led this by example. It has been less about an elaborate system of certificates and formal rewards, more a shift in manager behaviour to noticing, and commending good work.

“We’ve always made gestures to show staff they are valued,” Gio says, “such as annual Christmas and summer parties to celebrate achievements, and chocolate eggs on everyone’s desk each Easter.”

“Realising how much these gestures mean to people, we’ve increased our focus, for example with free fruit and breakfast cereal, and a team lunch on the company once a month.”

What has happened as a result of the changes made?

These improvements contributed to what the team thought would be difficult to achieve – a further rise in overall employee engagement score to 91%.

Reflecting on how Arrow manage to achieve such success with their culture, it’s clear that the CEO Chris and his leadership team really are the driving force.

Across all the organisations People Insight has ever surveyed, Arrow have achieved the highest scores for senior leadership, in particular:

So what are the next steps for #ARROWVISION?

“We’re implementing a number of improvements”, says Tracey Tribe, marketing director and one of the #ARROWVISION leaders. They include: 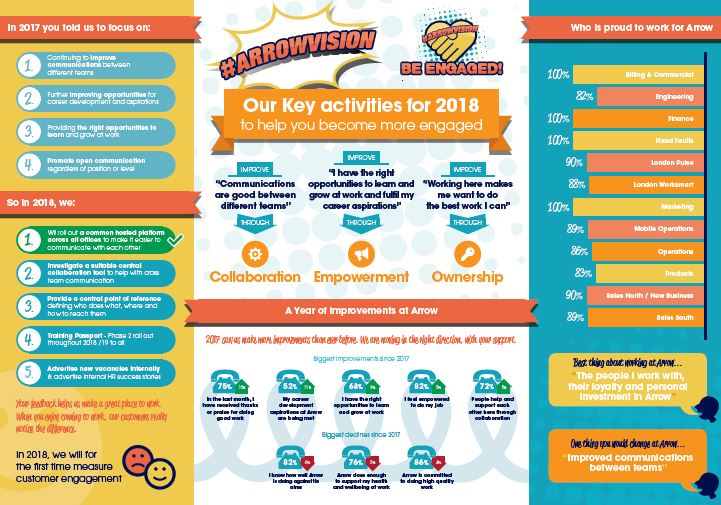 What has been the impact for Arrow?

A critical measure, staff retention, has shown a marked improvement since the start of #ARROWVISION.

With a 76% reduction in leavers in 2 years, the saving to the business in recruitment, training and induction costs alone is conservatively estimated to be in excess of £200,000 in year 1 alone and a further estimated saving of £48,000 in year 2.

As a private equity backed organisation, the strong staff culture makes Arrow more appealing to investors. It is the ‘intangible secret sauce’ that makes an organisation a success once business strategy and funding are in place. Chris says

“I’m incredibly proud of what everyone has achieved. Arrow are like a family. We are constantly adding new members but our aim is to continue to evolve our culture, nurturing and developing all staff so that ultimately they stay with us.” 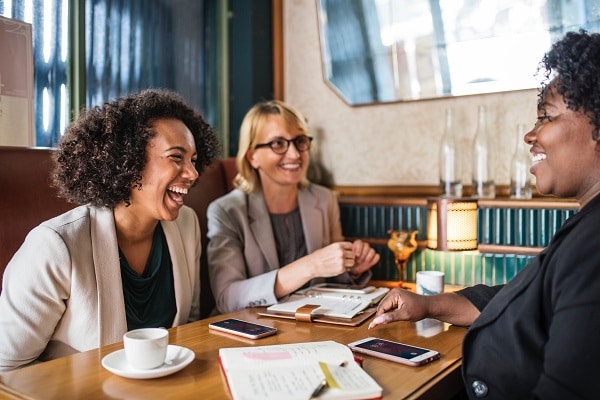 Being able to speak to directors to discuss decisions and the reasons behind them gives me a better understanding of the business as a whole ….and gives me a sense of importance that my opinions and work can have an effect on the paths the business takes.

I love how you trust your employees, not micro manage them. I think this is all part of the empowerment aspect that you try to install with #ARROWVISION.